Times Square – Usage of my images #6 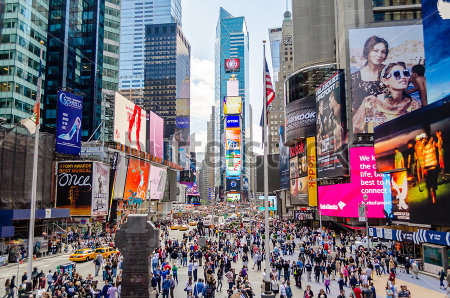 Sixth episode of “Use of my images” and a new stage in the USA. After examining the photo of Piccadilly Circus in the previous episode, this time let’s look at its american “alter ego”, ie Times Square, undoubtedly the most famous square (or rather, intersection) in the world.

The image dates back to May 2013, during a 2-week trip in the USA with stops in Boston, Washington DC, Philadelphia and, obviously, in New York. It was my third trip to the Big Apple, undoubtedly the most prolific in terms of images taken for the microstock market, as I have already told in other episodes of this series, for example in the episode #3 (“Manhattan“) and #2 (“Apple Store“).

Each person who visits New York, whether it’s his first time or the thousandth, can not help but go to Times Square: among the many famous places in Manhattan, this is undoubtedly the most touristy and crowded. Theatre of a thousand scenes from movies and literary locations, it is a whirlwind of emotions, lights, images, 24/7. It ‘a huge amusement park for the eyes and mind. It’s the absolute exaltation of materialism and superfluous. It is everything and nothing at the same time. But above all it is the place that more than any other helped to create the myth of the “city that never sleeps“. Only visiting Times Square, at any time of day or night, you can see how this phrase is far from exaggerated.

As tourist place par excellence, taking pictures in Times Square is something quite obvious: it is not so obvious and predictable, however, the result when you try to sell this type of images on the microstock market. First of all, there are millions of images of Times Square around the world and it’s almost impossible to find a unique angle or a new way to portray Times Square. Moreover, it is impossible to hope to find the place deserted… not even at the dawn of a festive day. The only way to see Times Square without people is thanks to the special effects, as happened in some films as “Vanilla Sky” with Tom Cruise, or “I Am Legend” starring Will Smith. Or, in reality, on a dramatic occasion as the arrival of the Hurricane Sandy in October 2012. But even if we were to photograph Times Square without people, the almost uninterrupted presence of the advertising light displays that make impossible to sell the image with a regular commercial royalty free license. The solution is to index the image for an editorial license, just like I did in this case. The positive side is that the particular combination of advertisements on displays, changing frequently, actually makes any image of Times Square “unique” and recognizable when you perform a search for images on Google. In this way, it was not difficult to find the main examples of the use of this image on the internet.

Times Square is not exactly a “square” in the European sense of the term. It is more like a huge intersection at the point where Broadway is knotted on 7th Avenue, through the blocks between 42nd and 47th Street. Its centrality on the island of Manhattan and the proximity to all the major attractions of the city make it the real center of the world. Most of all, Times Square is identified with the area of the Broadway theatres, which right in Times Square have their main advertising vehicle, through advertising displays and through the kiosks that sell tickets for the upcoming shows.

It is also the location of the world’s most famous New Year’s Eve, with the enormous sphere that goes up on the north tower and then down at midnight to start the festivities of about one million people who regularly fill Times Square in New Year’s Eve. Too many cinematic and literary references to mention. But since we’re on the subject of photography, it is mandatory to mention one of the most famous images of all time, taken right in Times Square on August 14, 1945: the photographer Alfred Eisenstaedt immortalized a sailor kissing a nurse to celebrate the US victory over Japan, key moment which coincides with the end of World War II. The picture is called V-J Day in Times Square, and is also known as V-Day or The Kiss.

Taking a well representative picture of Times Square is not as easy as it might seem. The square is spread in amplitude but also and especially in height, because of the skyscrapers that circumscribe the intersection. Ideally, the use of a wide-angle lens would be highly preferred, but I didn’t have one available, so I had to settle to use my 18-55mm kit lens, of course with a focal length set to 18mm. To find an advantage point and a favorable angle, I had put myself on the highest point of the famous red staircase, which was placed under the north tower in 2008 and which has become one of the main attractions of Times Square. Below the staircase are the box offices to buy tickets to Broadway shows and the staircase itself is “heated” in winter to make more comfortable waiting for those who decide to wait their turn sitting on the steps. Obviously, at the moment of my shot, the staircase was completely crowded with tourists and so it was not possible to use a tripod.

Here following the EXIF data of the shot:

Already knowing that I could not offer the image with commercial license, during the editing process I have not had to worry about removing logos or recognizable people, since these are allowed without permission in editorial images. Therefore, I only performed the usual basic adjustments, such as straighten lines, work on the curves of contrast and the color correction (which in Times Square is really the main component). After exporting the file in JPG, I edited the image in Lightroom to add keywords, title and description in the format required by Shutterstock for editorial images.

The image has been accepted by virtually all microstock agencies (at least those who treat editorial images) and generated immediately several downloads that contributed later to keep this image always quite high in search results. It is still one of my best-selling images ever.

The use of this image on websites

It may seem difficult to find an image of Times Square in the midst of search results on the Internet, given the almost unlimited availability of images taken in this place. In fact the particular arrangement and combination of the advertising displays makes each image very unique, as long as you pay close attention to the details. By searching for images with Google I could finally identify several dozen of uses of my photo on various news sites or blogs focused on travel.

The greatest satisfaction was seeing my image appear on The Economist, particularly on the publishing “Transforming Cities” (2014). As a student of economics, I had always dreamed to appear one day on The Economist crowning a brilliant career in the world of finance. At that time I never imagined that I would appear on the Economist through one of my pictures. Among other prominent examples, the picture also appeared on The New York Post, on the official blog of Hewlett Packard, on the portal UOL and on the Brazilian version of MSN Travel. In Italy the image was used by the network Zingarate.com, while there are countless other appearances on travel blogs from the rest of the world.

Here following a selection of the main examples that I’ve been able to found by searching on the internet (click on images to enlarge them and browse the gallery or click on the link in the caption to read the article online, if still available): 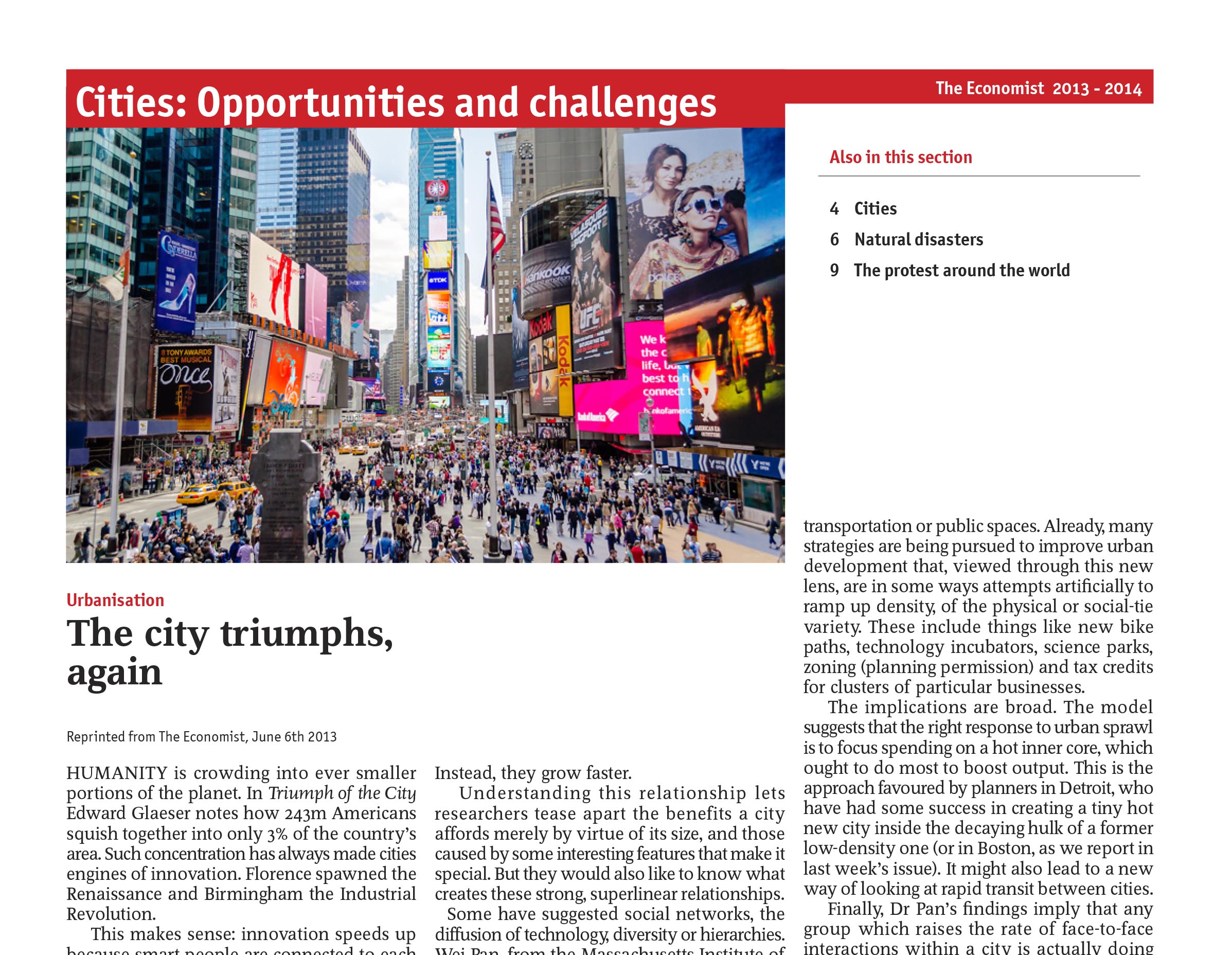 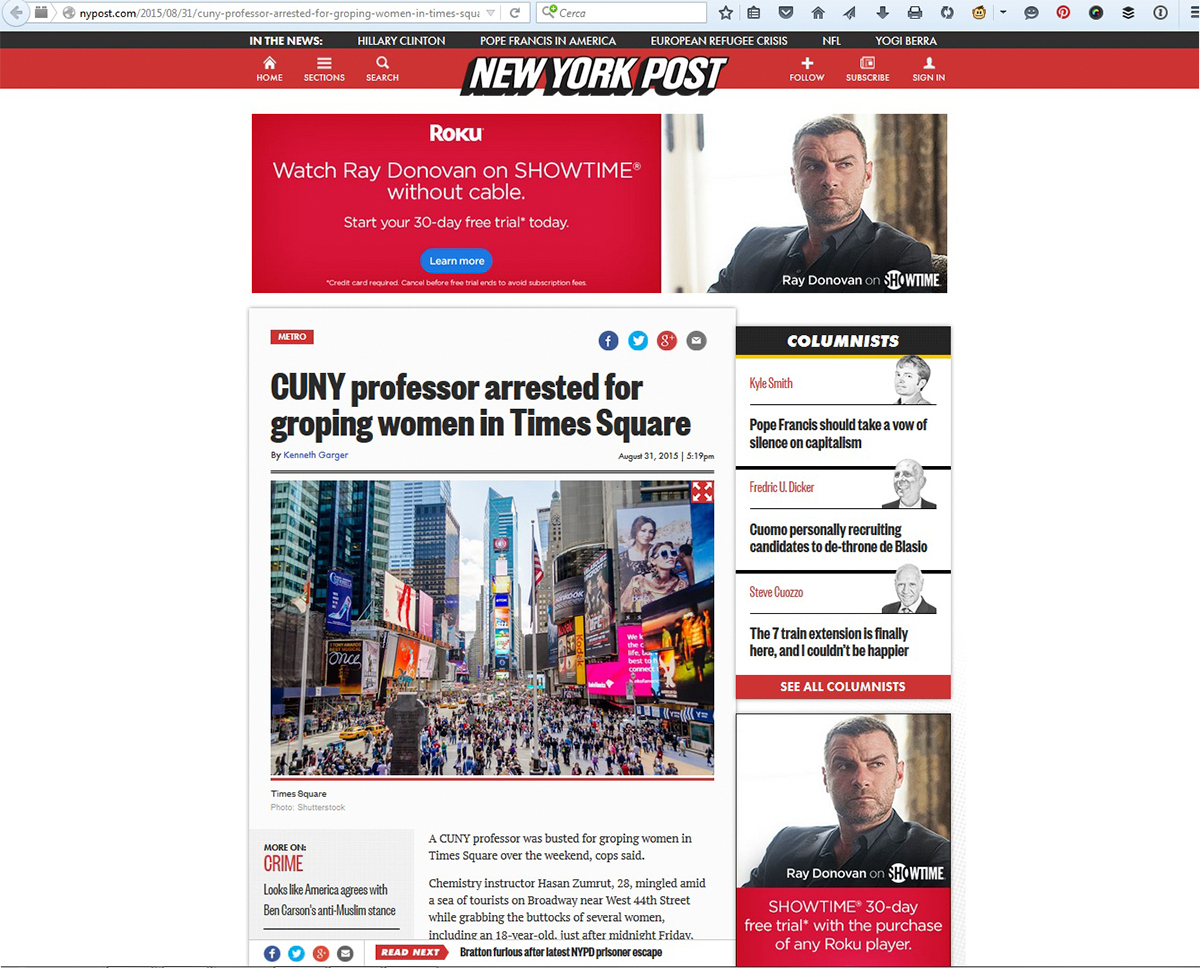 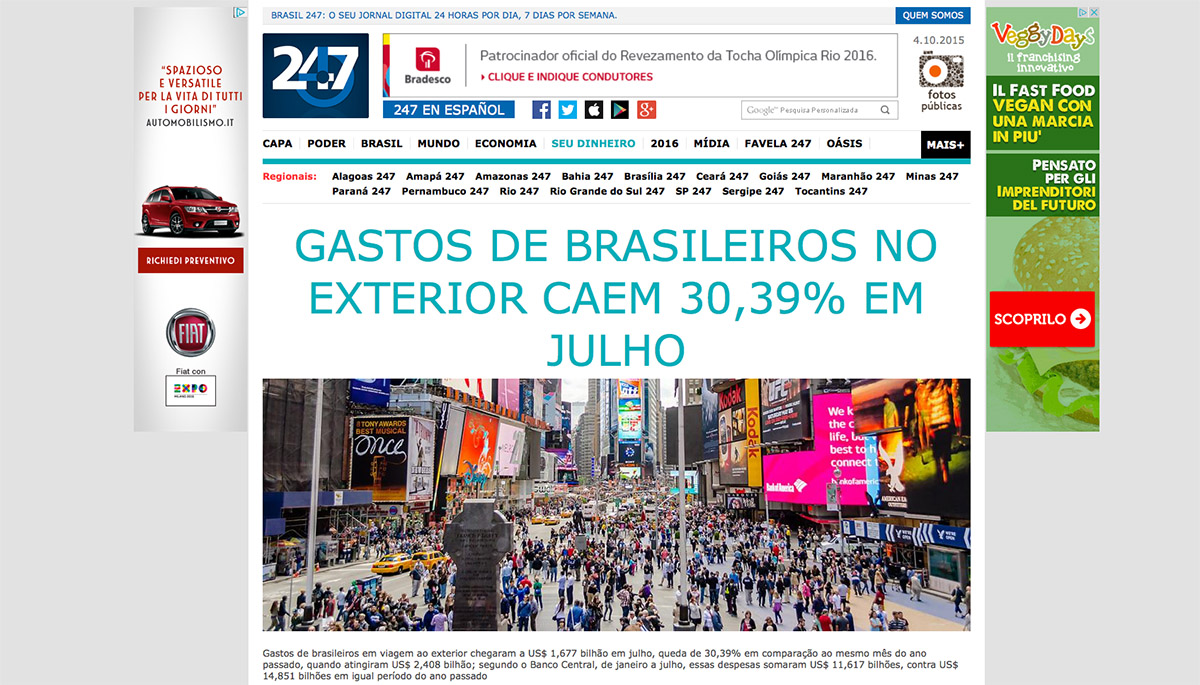 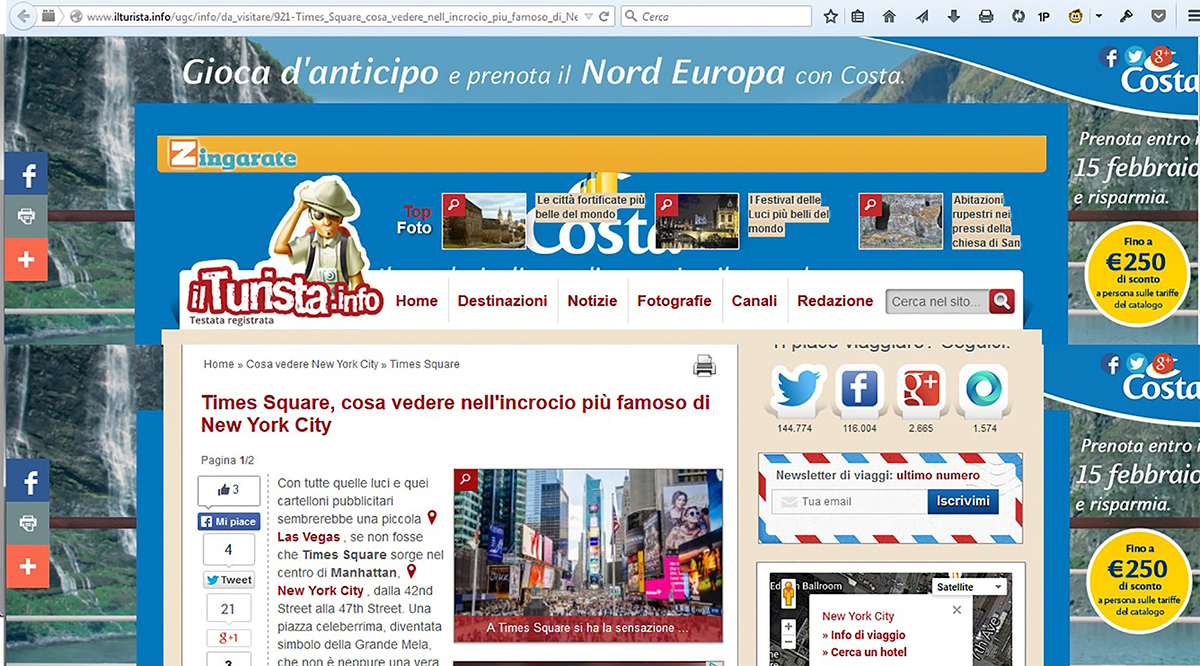 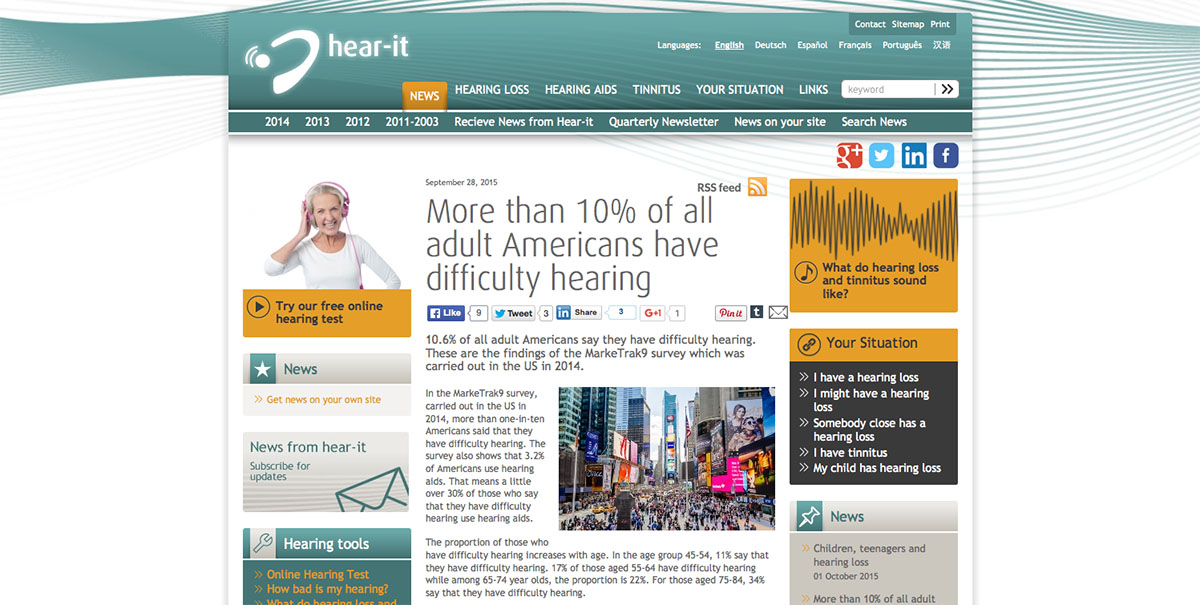 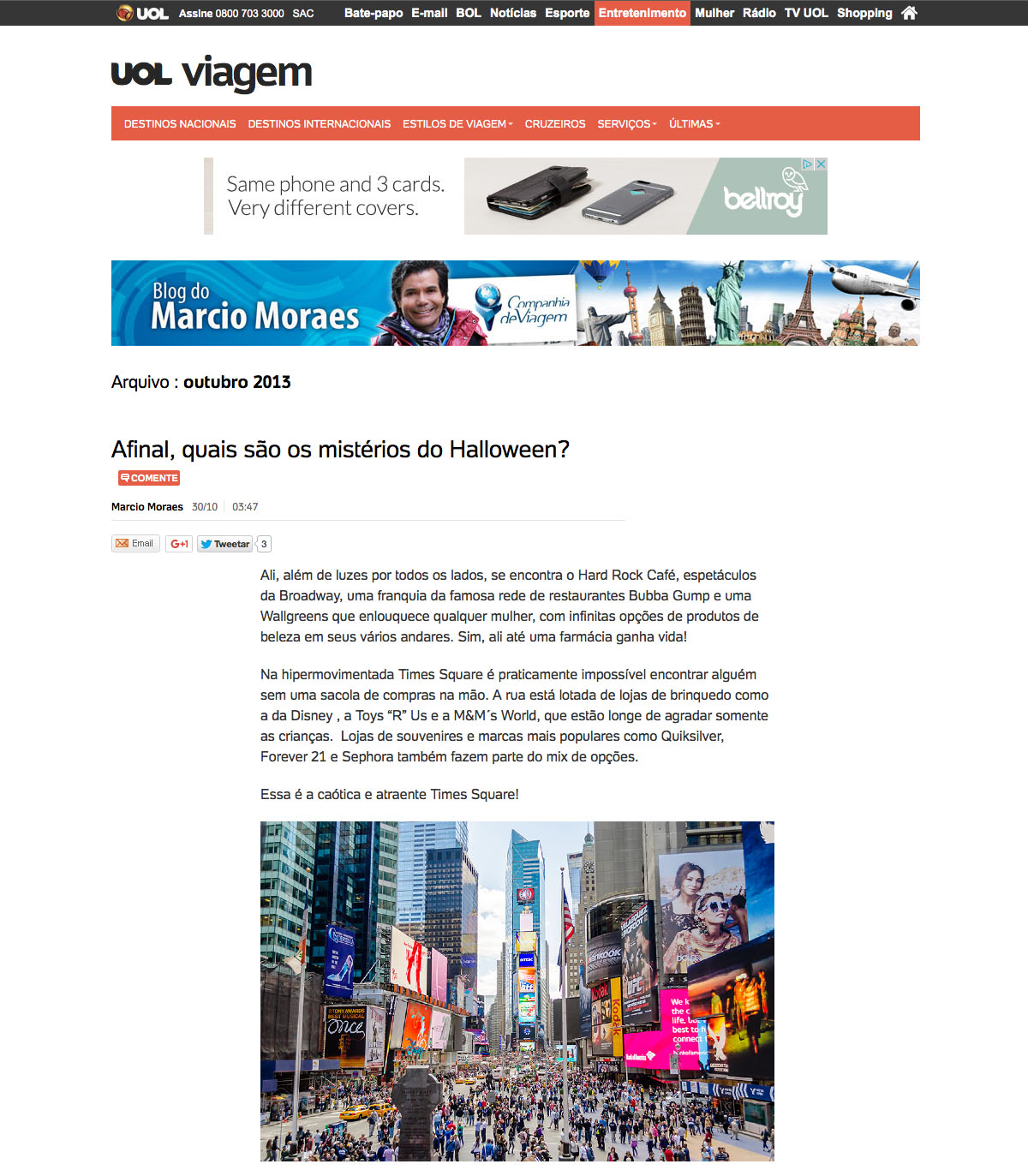 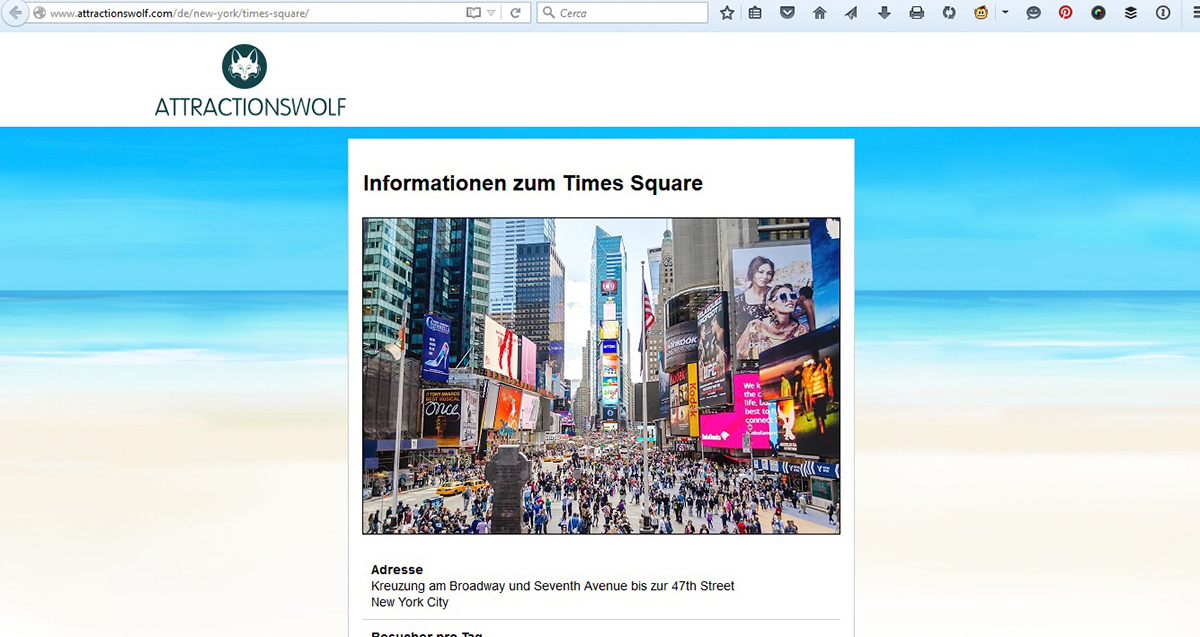 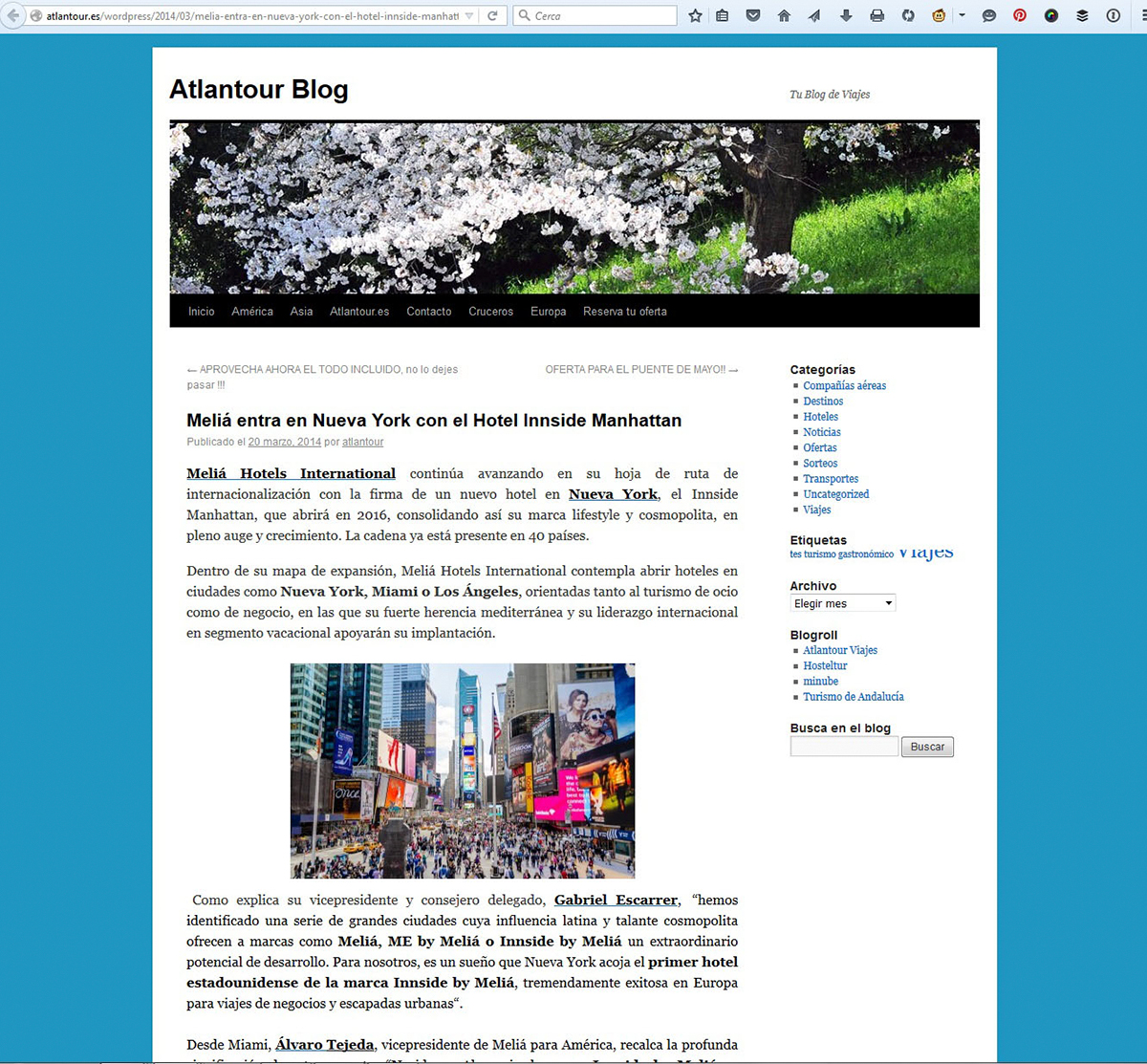 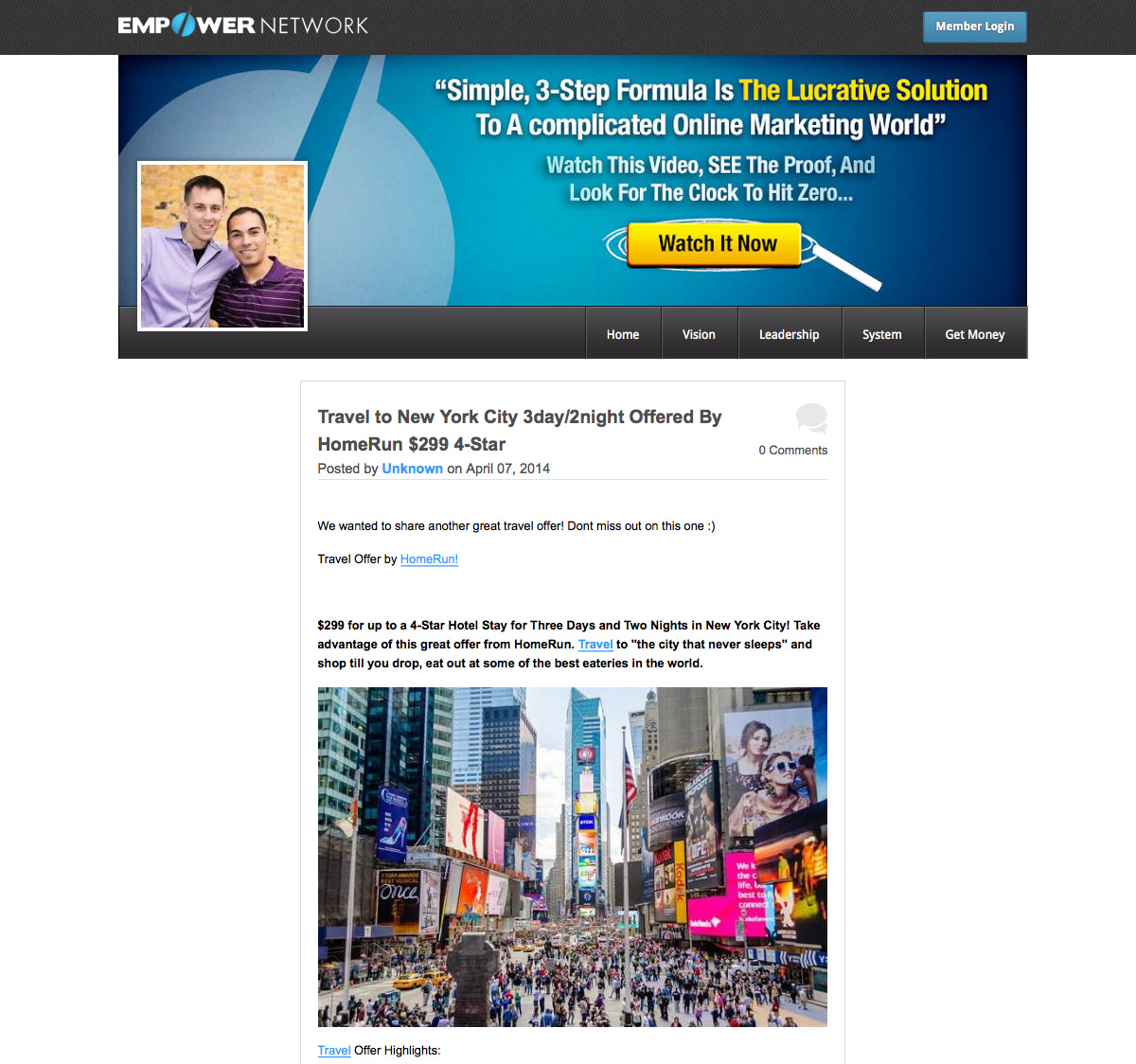 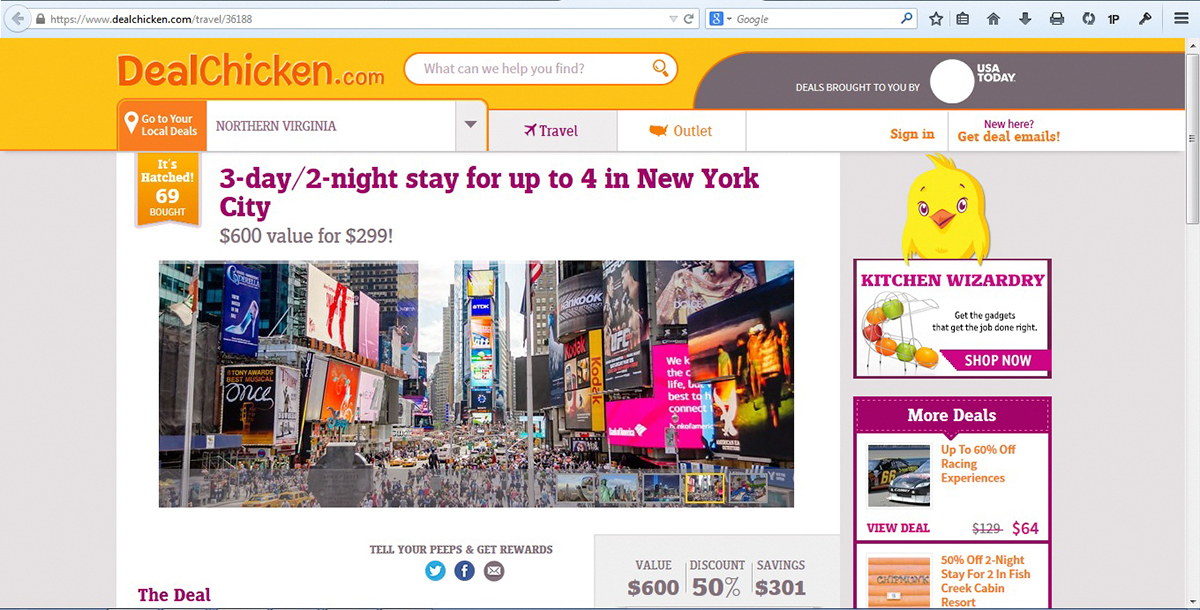 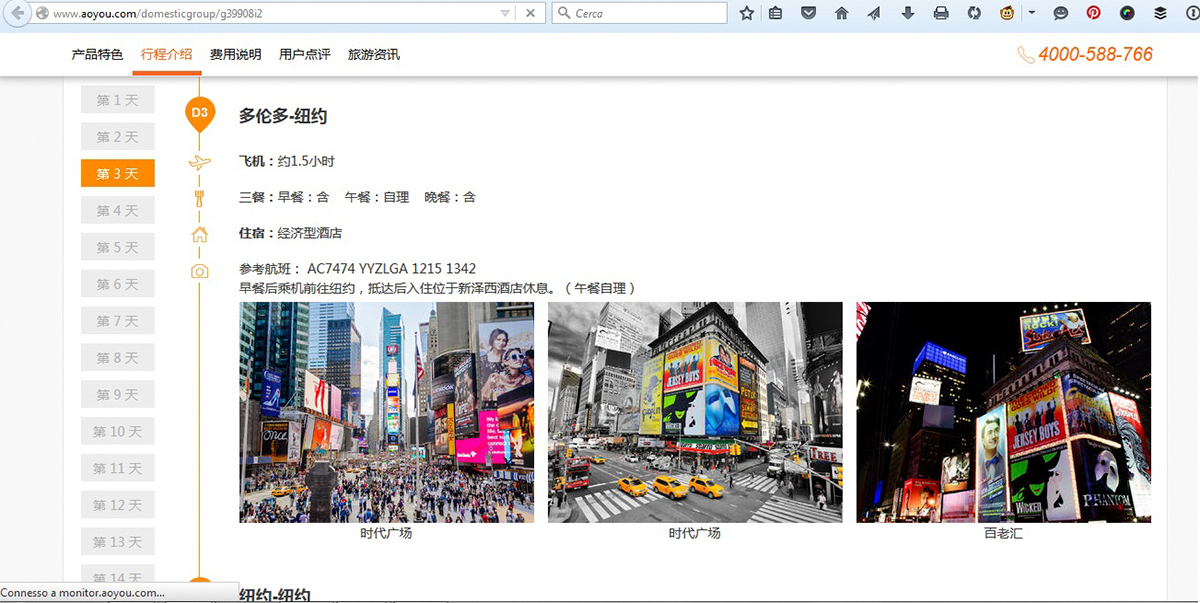 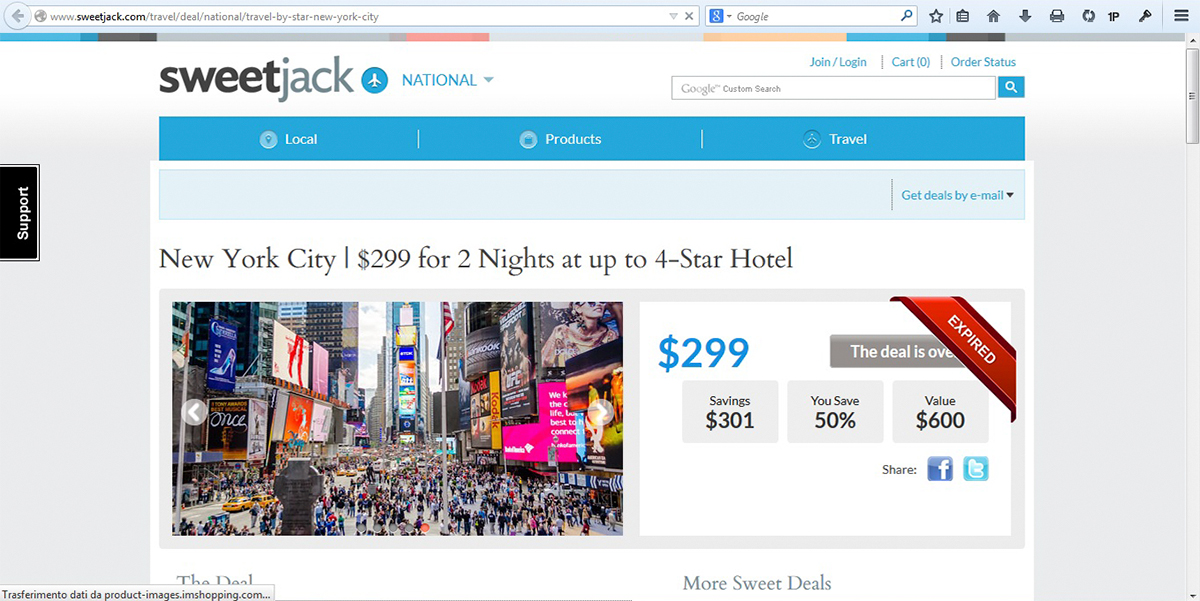 To read more about how buyers use images sold through microstock agencies, click here.

– Overview of the major Microstock agencies

– My personal workflow for editing and selling images online

– Sources about digital photography and microstock