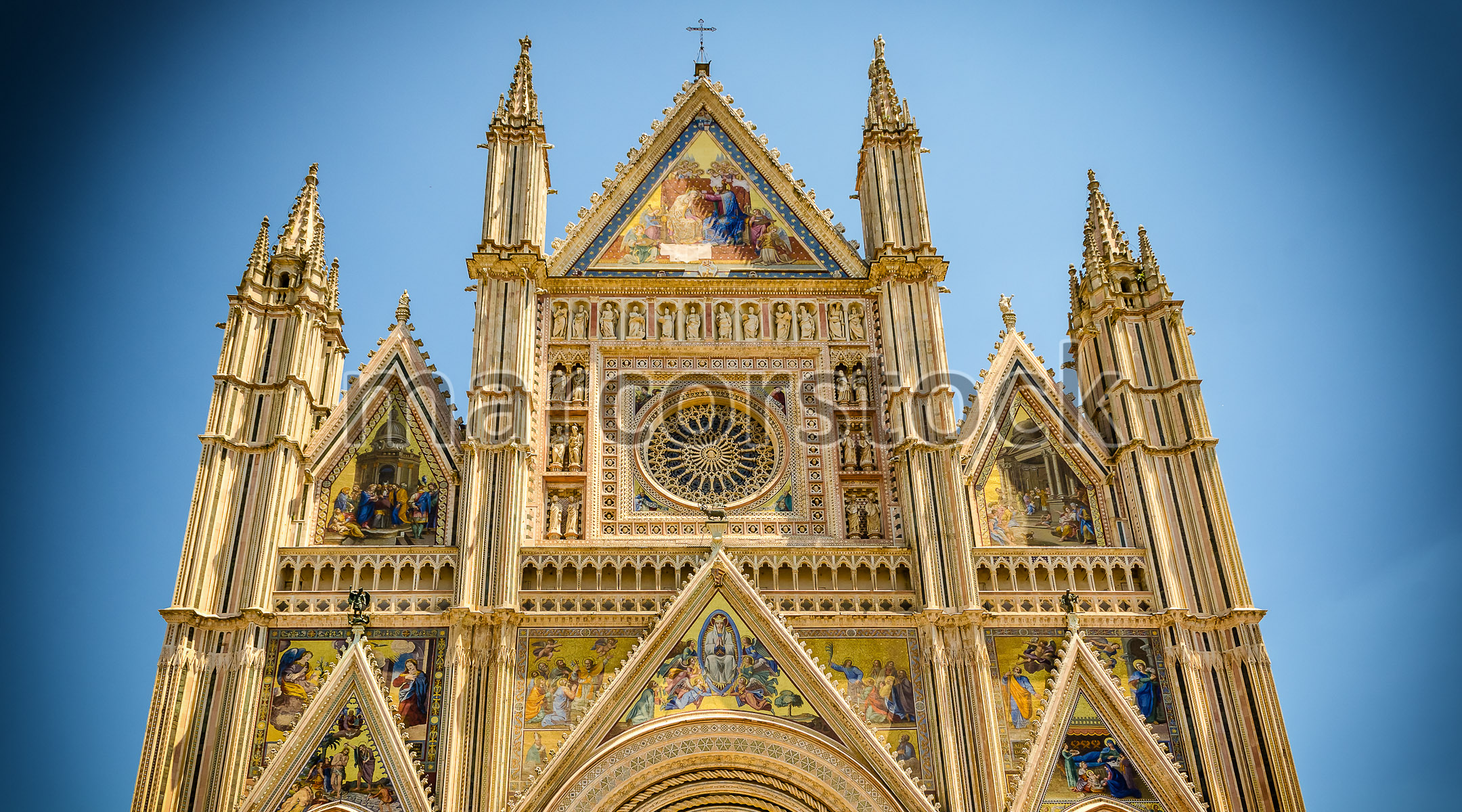 Orvieto is a city that certainly doesn’t need to be introduced: it is a place of international fame, known throughout the world for its iconic landmark (the Cathedral) and for its excellent position as a crossroads among three regions of central Italy (Umbria, Tuscany and Lazio). However, actually Orvieto is much more: it has a wide territory, making it one of the 50 largest municipalities in Italy, and in the old town it’s impossible not to be enchanted by the architecture of buildings, churches and squares, as well as from numerous interesting archaeological sites of the Orvieto underground.

Like many people, I too knew Orvieto mainly because of the beautiful Gothic facade of the Cathedral, but I finally found the time to visit the city in June 2015 and on that occasion I discovered countless photographic locations that have allowed me to come back home with dozens of new images for the microstock market, as well as with a wonderful memory of that day. This is the story of my photowalk in Orvieto.

Orvieto’s distance from Rome is about 130 km (about 160 km from Florence and about 80 km from Perugia) and the city is easily accessible by car via the A1 Highway “Milan-Naples”, on which it has a dedicated exit. From Rome the journey takes about 1 hour and 20 minutes if there’s no traffic. The center of Orvieto is located on the top of a tuff rock and it’s very easy to visit it on foot, so the best thing to do is leave your car at one of the parking lots located in the lower part of the city, like the one near Porta Romana, and reach the historic center using the elevators that lead you from the parking lot to the old town. Coming off the elevator at Via Ripa Medici, with a short walk through Ripa Medici alley and then along Via Garibaldi you will arrive in a few minutes in Piazza della Repubblica, where there is the magnificent medieval Church of St. Andrew, the starting point of this photowalk. 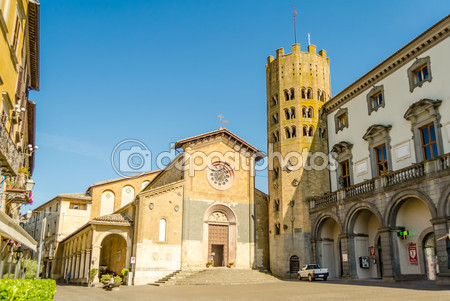 The Church of St. Andrew and Bartholomew (more commonly known as “St Andrew”) is one of the oldest religious buildings of Orvieto, dating from the twelfth century, therefore even more ancient than the Cathedral. It is a roman cruciform church built on the ruins of an early Christian church. Over the centuries it has undergone several renovations and alterations, which have significantly changed the aesthetics, especially with regard to the external facade. The glass of the beautiful rose window, for example, it was replaced in 1926. 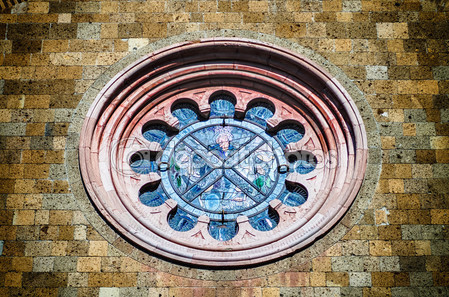 Next to the church is the beautiful twelve-sided tower, which belongs to the same architectural complex, although in fact adherent to the Town Hall overlooking Piazza della Repubblica. 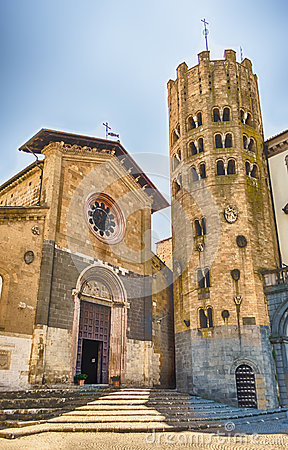 Continuing from Piazza della Repubblica along Corso Cavour and then turning right to Via del Duomo, with a five minutes walk you will get in front of the most representative and most spectacular building in Orvieto: the Cathedral Church of St Mary of the Assumption, commonly known as Duomo di Orvieto. 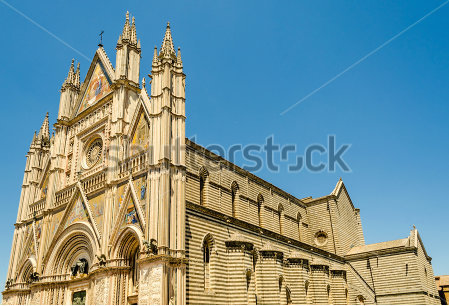 You will soon notice that shooting the Cathedral is not an easy job: the square in front of the facade it is not wide enough to allow you to photograph the Cathedral in its entirety and in comfort. An ultra wide-angle lens is highly recommended. With my 18-55mm DX Nikkor, even at 18mm I have not been able to frame the whole Cathedral horizontally from any position that was not excessively lateral to the front: therefore I could only frame partially or make vertical shots of the entire structure, plus obviously shoot details, but at the same time this allowed me to cut out the huge mass of tourists who surrounded the building. 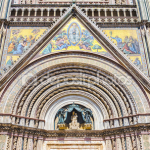 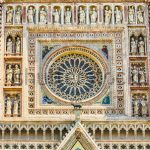 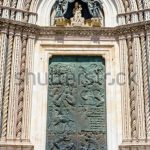 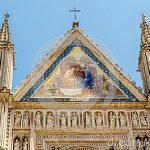 The interior of the Cathedral is just as remarkable: it is a 3-nave structure with wooden ceiling trusses. Among other highlights, not to be missed the two most important chapels: the Chapel of San Brizio, whose frescoes are a true masterpiece of Renaissance art, and the Chapel of the Corporal, where you will find the relic that gave rise to the construction of Cathedral itself, which is the linen cloth (called Corporal) stained with the blood miraculously seeped from the  consecrated Host during the Eucharist of the Mass of Bolsena in 1263 celebrated by Peter of Prague. 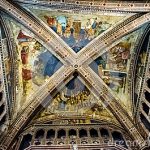 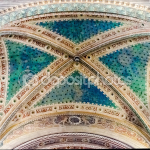 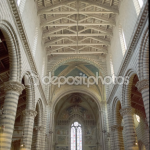 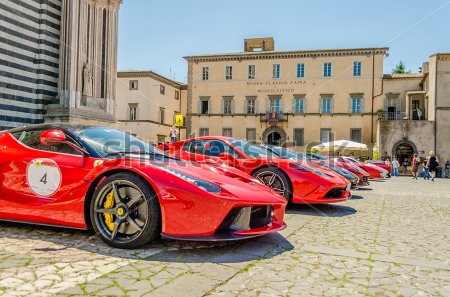 For a fortunate coincidence, during my photowalk I came across the mega gathering of Ferrari Cavalcade 2015, that in those hours stopped in Orvieto. Although I’m not a great expert about sports cars, I must admit that it was truly exciting to see hundreds of Ferraris, coming from all over the world, go through the ancient streets of Orvieto with their unmistakable roar or parked in the square in front of the Cathedral. Moreover the sharp contrast between the supercars and the gothic architecture of the Cathedral gave me an unexpected and interesting photographic subject. Obviously being recognizable cars with readable license plates, I could release these images exclusively with editorial license. 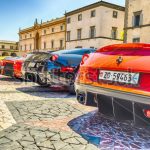 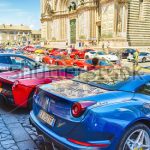 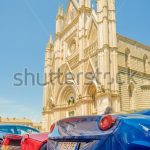 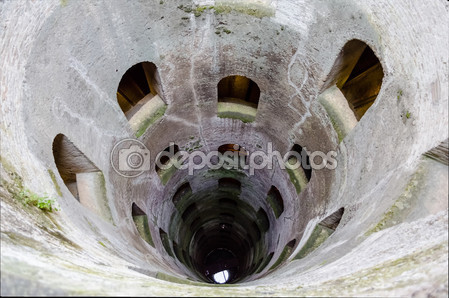 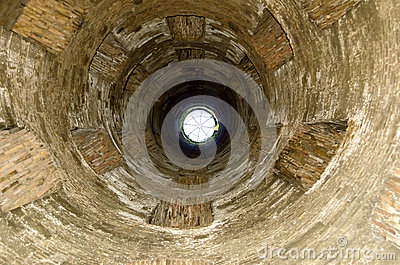 Actually in St. Patrick’s Well in Orvieto there is nothing hellish: it is a very sophisticated piece of engineering for its time of construction (which took 10 years from 1527 to 1537) and it was used to safely transport the water inside the fortress in case of a siege of the city. The architectural detail that makes this structure so interesting is certainly the double helical flight of stairs, which allowed to obtain both the descent and the ascent one-way into the well, so that the mules could easily transport the water between the well and the fortress. 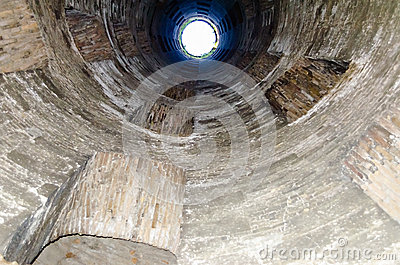 Given the low light conditions in the well, it is a rather difficult place to photograph: the great depth and breadth (53 meters high by 13 in diameter) make unnecessary the use of the flash while the impracticality of using a tripod makes it necessary to shoot at high ISO, which results in high risk of digital noise. The atmosphere, however, is highly addictive and is definitely worth to descend (and to ascend) the 248 steps leading down to the bottom of the well, where a platform connects the descending ramp to the ascending one. In the upper part of the well there are several windows that illuminate the ramps with natural light, while going down deep the natural light gradually decreases and is replaced by the artificial light of the lamps.

In addition to photos of the Cathedral, of the Church of St. Andrew and of the St. Patrick’s Well, I also took many pictures of streets and other picturesque views of the old town of Orvieto. Altogether, among standard versions and some processing in black and white and HDR, this photowalk has produced 44 new images to be sent to the microstock agencies with royalty-free license, plus 5 editorial images related to the Ferrari Cavalcade event, for a total of 49 new files.

The result in terms of approval has been generally quite good, though with some differences from agency to agency and, as often happens, in some cases I had to proceed with some resubmissions in order to have a review as fair as possible (as usual especially with Shutterstock).

Below the table with the approval rate of the new files for the main agencies: 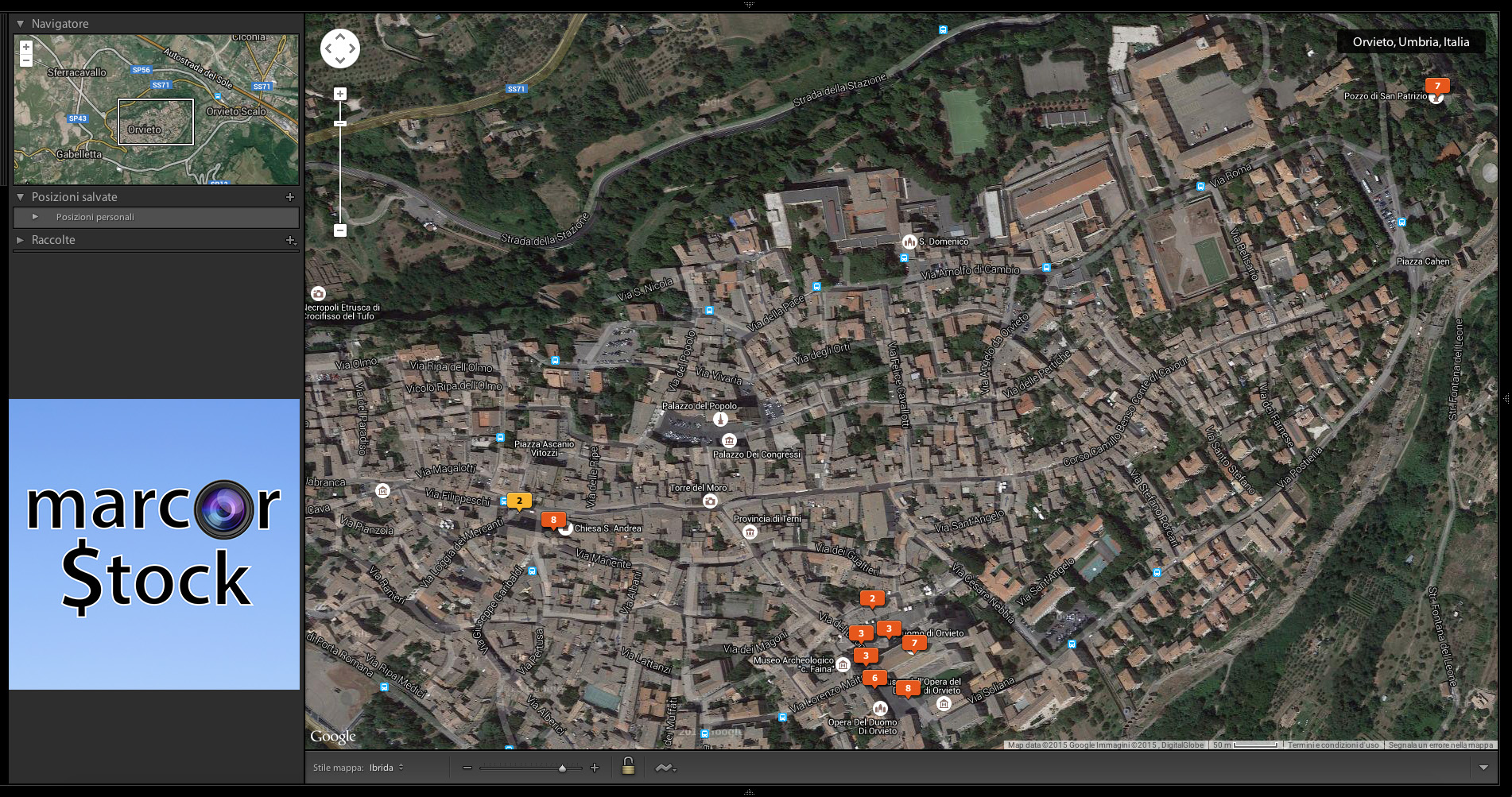 Map of the Photowalk in Orvieto